Redesigned the app to improve the information architecture and UI

During the time I was making my career switch my final year at NYU, I was pulling all nighters left and right. Coffee being my lifeline, I relied on the Starbucks app to keep me going. I realized after using it so much that some ares of the app could be improved. Since I was already trying to teach myself design, I figured why not practice with this.

There’s no meaningful outcome as this project was just for fun and practice.


The neat thing, however, is that this project was done in July 2017, and while the app looked very different then, several of the solutions I suggested in this project ended up being implemented in the latest version of the app. 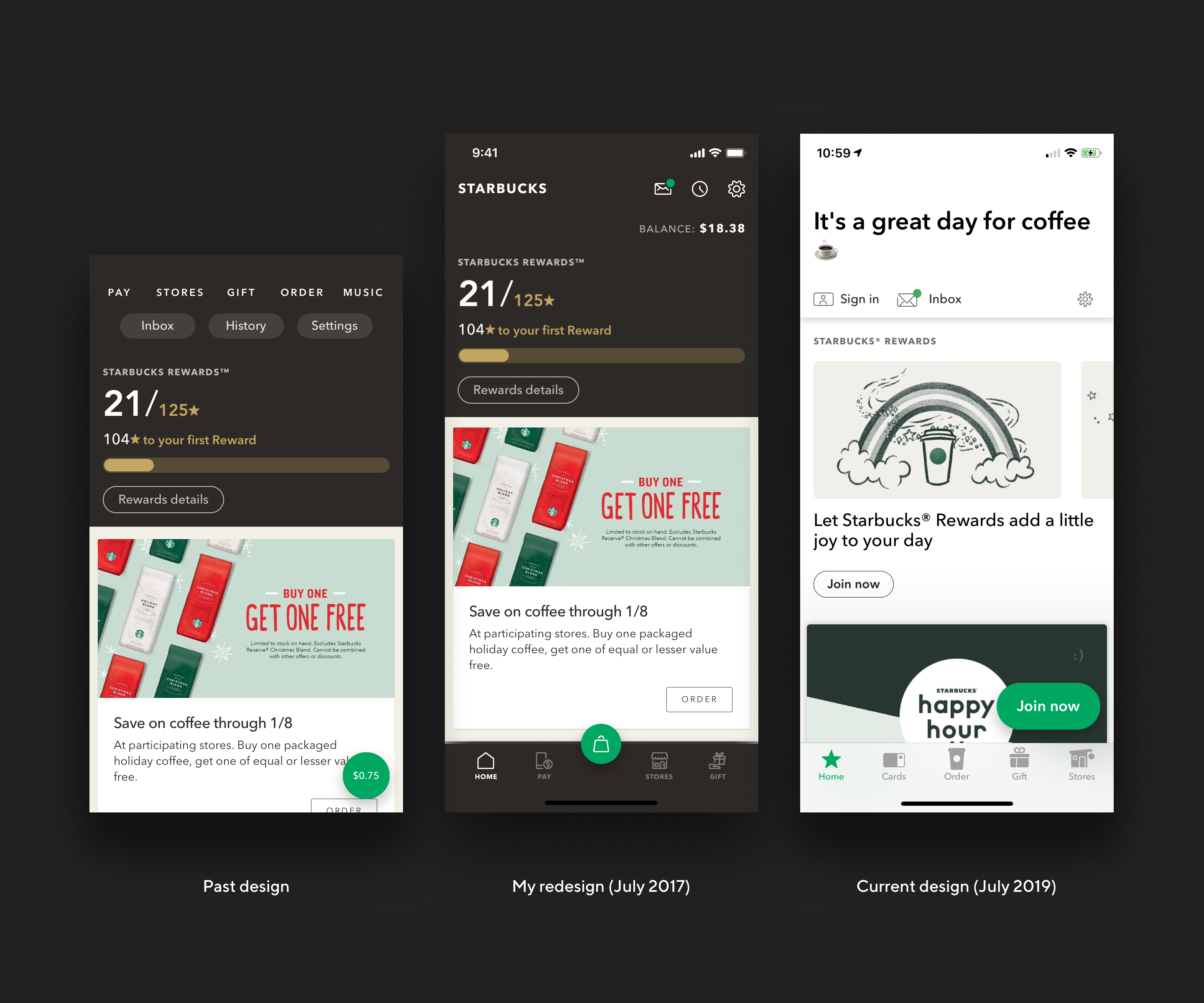 The old design had eight navigational items all squeezed at the top, making it both crammed and hard to reach.


I redesigned the navigation to improve the heirarchy while still highlighting the primary actions, such as online ordering and store locations. 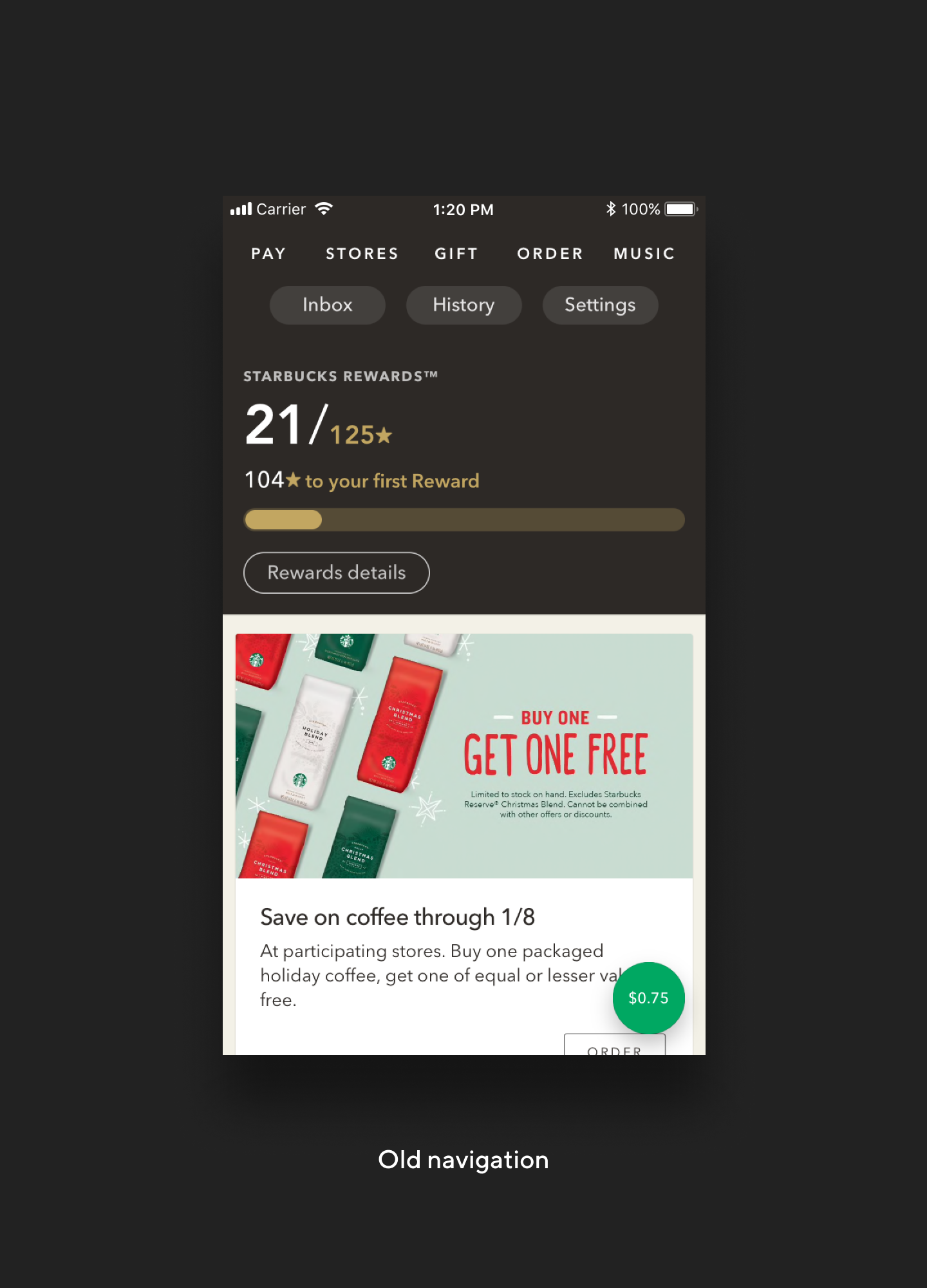 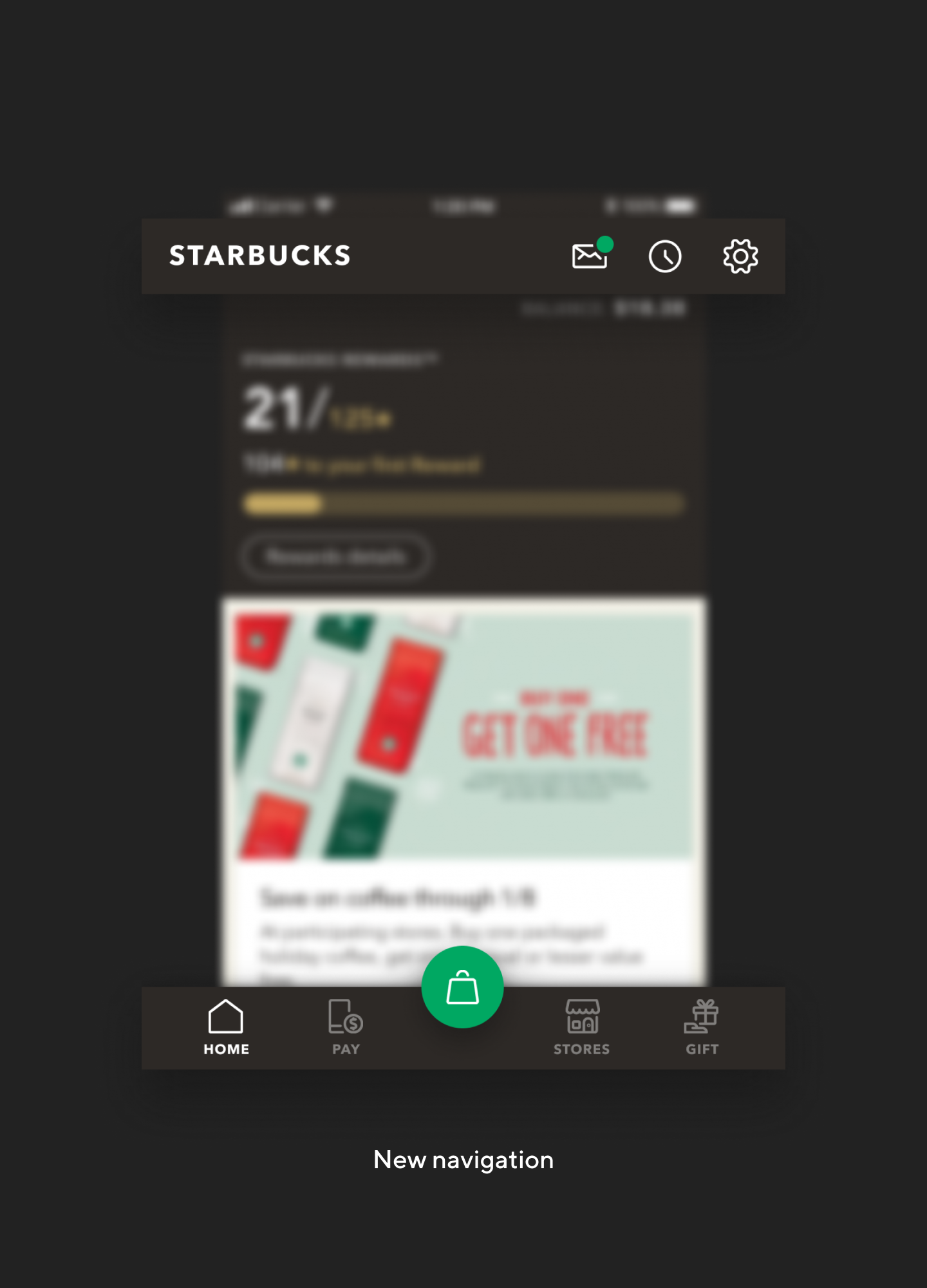 Some of the icons being used looked the same but had different actions. For example, a circular plus icon functioned for both "add” item and “copy” item — this can be confusing, especially in similar ordering flows. 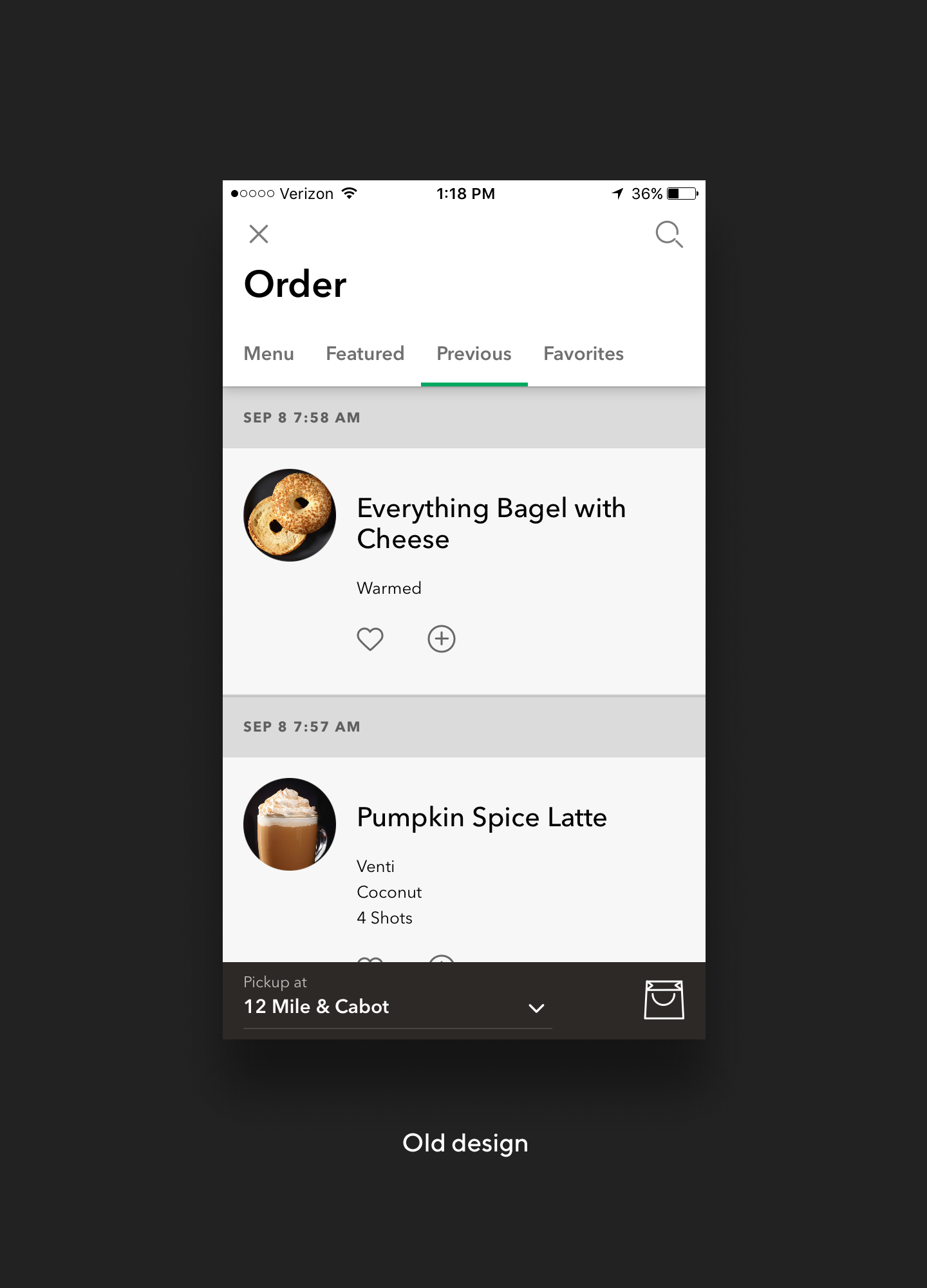 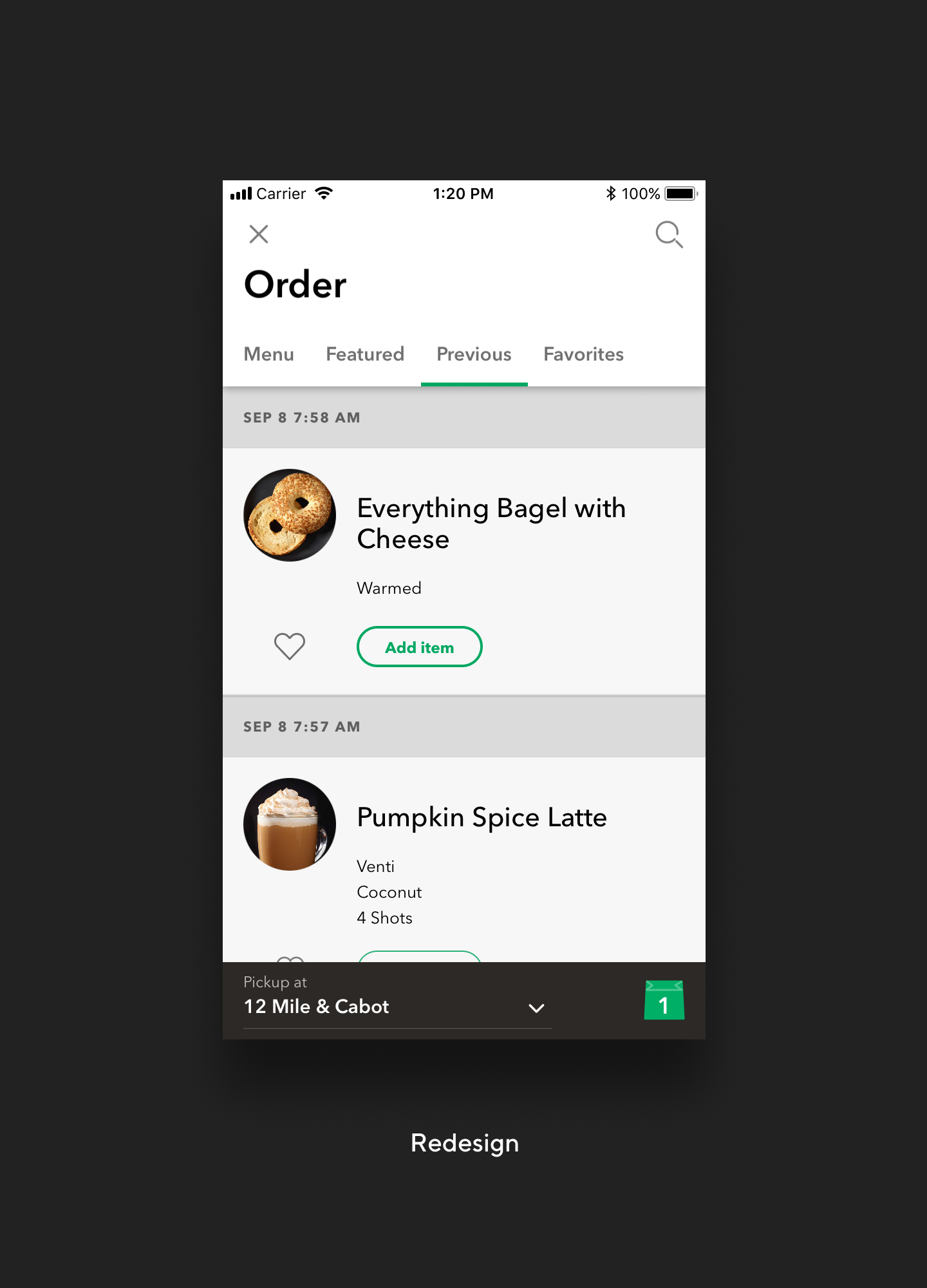 I ended up replacing icons where I could with more explicit buttons since there was space for it and helps communicate the actions clearer. 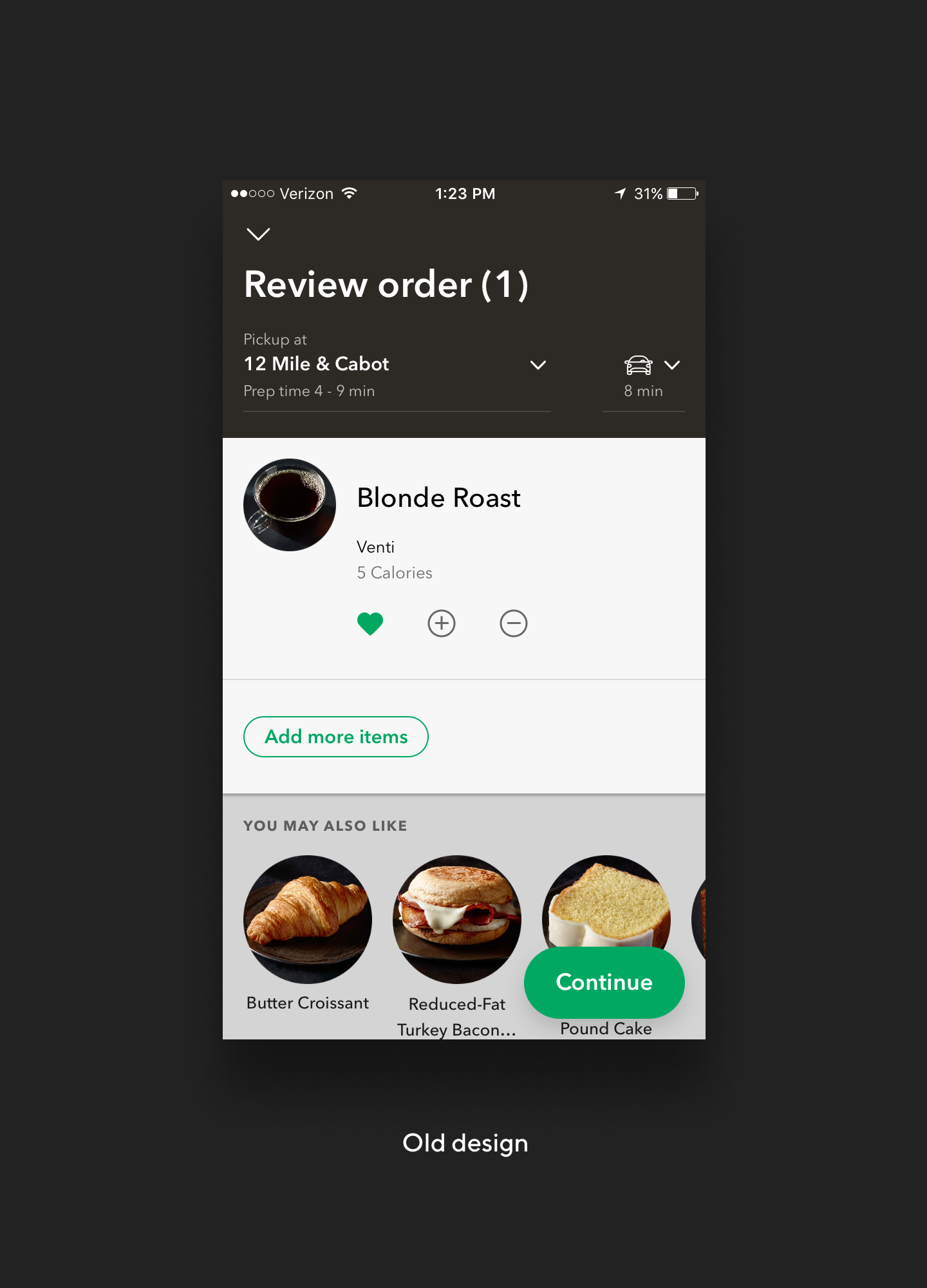 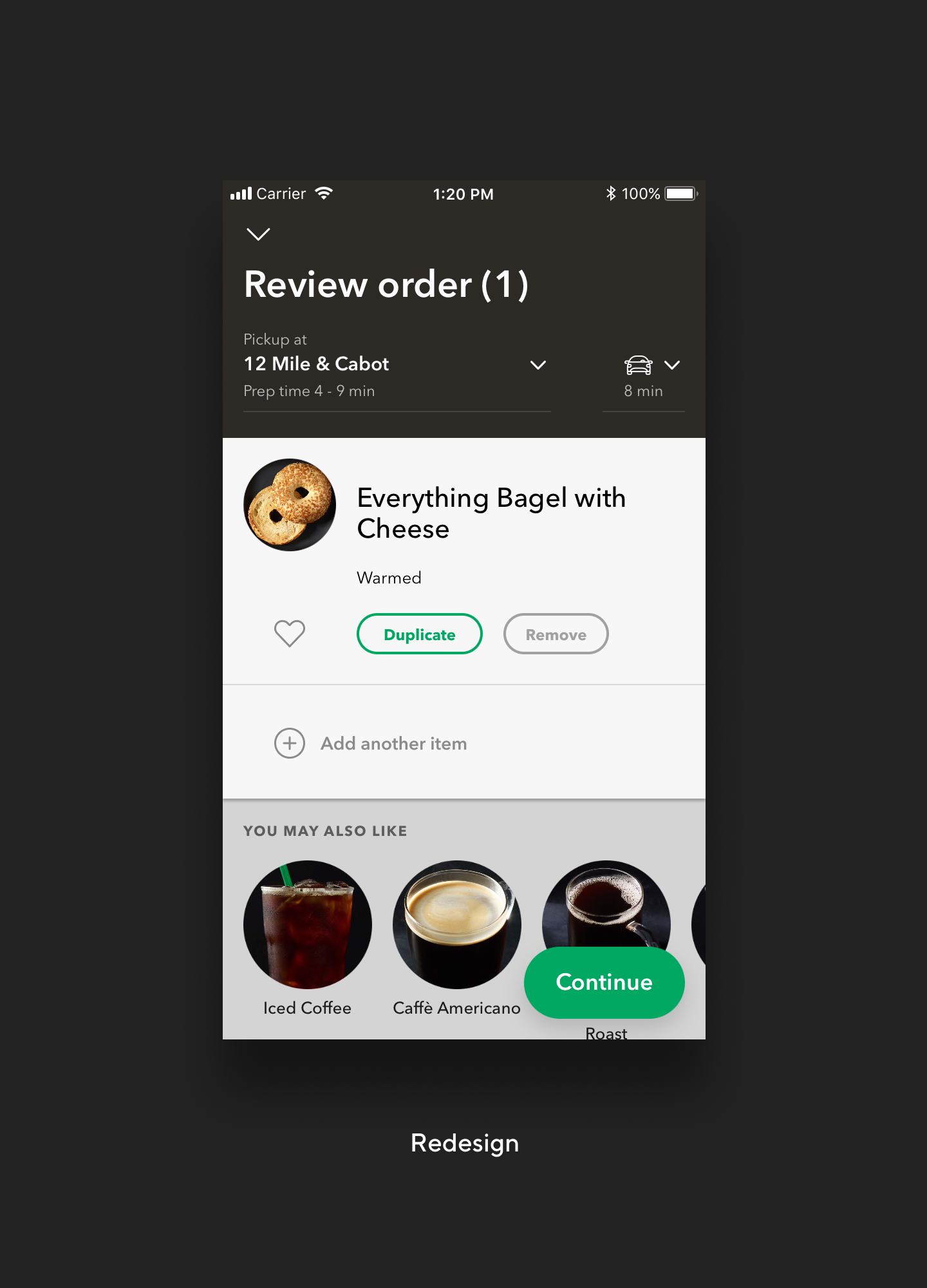 I worked on this project around July 2017. Since then, the Starbucks app has gone through many design updates.


The cool thing is that a lot of the changes I proposed in this project eventually were implemented in the app as of July 2019.