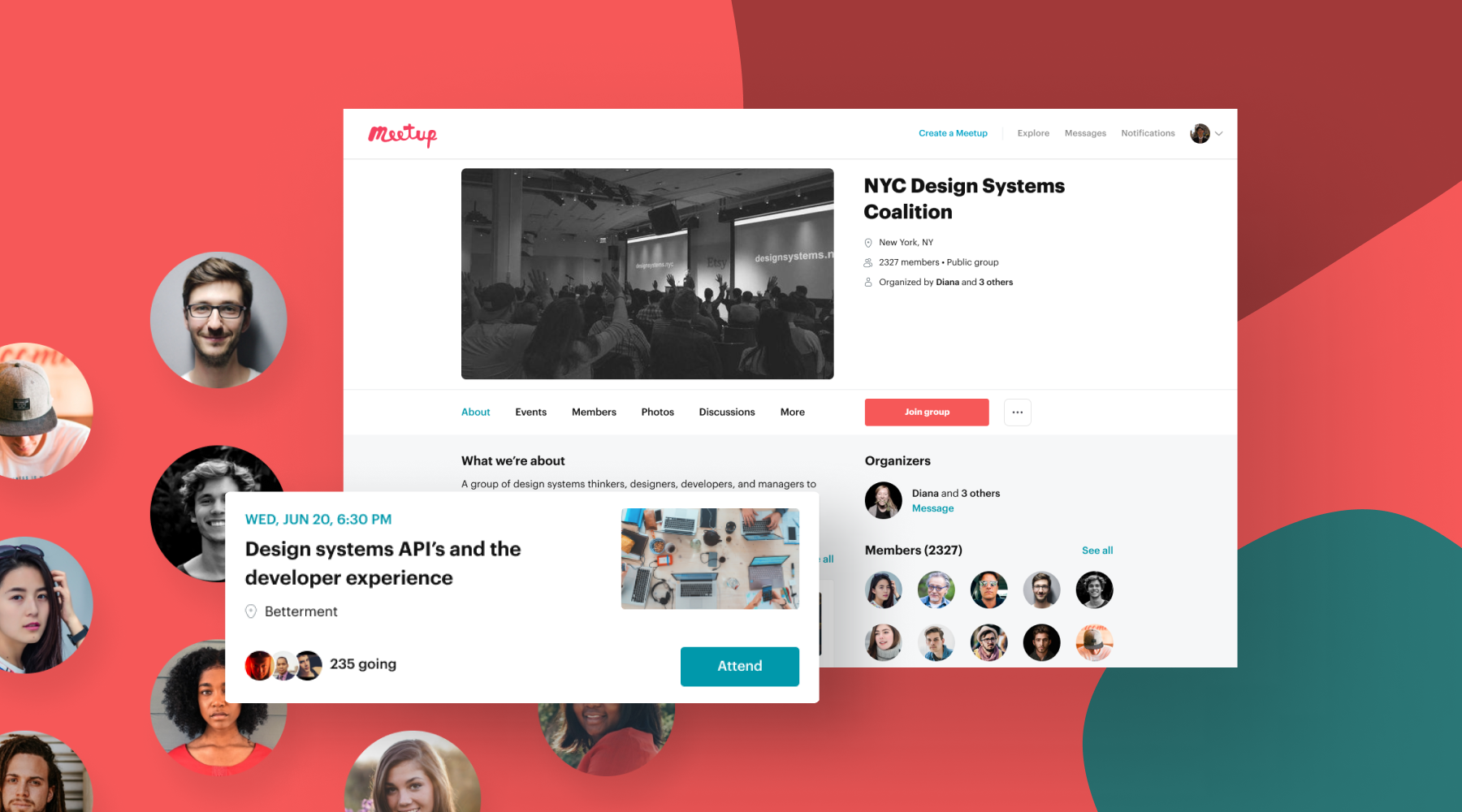 During December 2018, I worked on helping redesign the Meetup groups page to help groups meet new people and do more of what they love. Being one of the highest traffic pages — about 1 million views per month — this project aimed to help organizers and members better manage and access their groups.

The redesign was less about moving numbers and more about setting up other teams for future success, including providing a new layout with more flexibility to unifying visual patterns.


Nonetheless, the improved IA did help increase RSVP’s by 1%. The new design also received better customer reviews and became the base template for the rest of the design team to work off.


The full rollout went live in January 2019 to 5 million users. 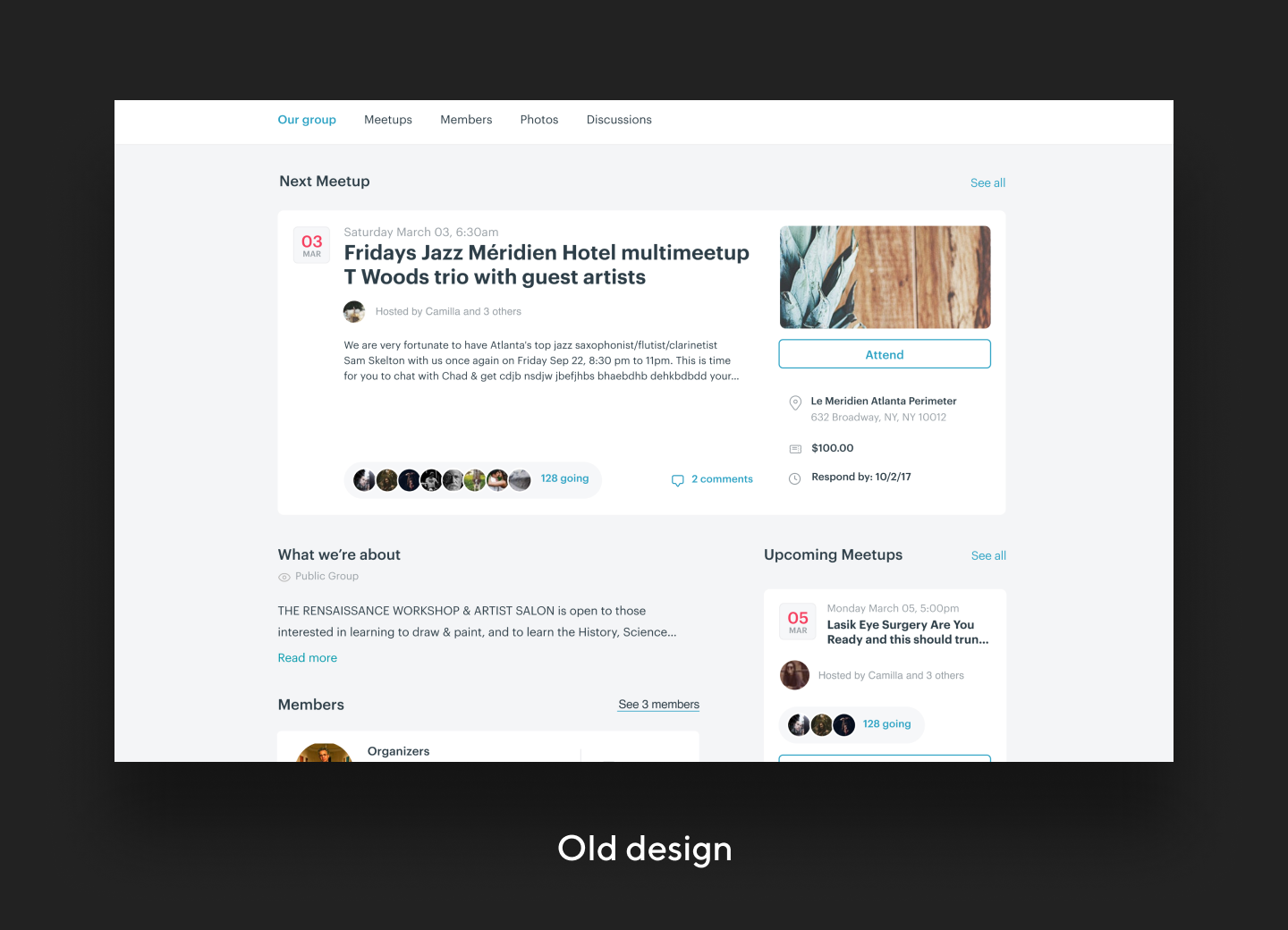 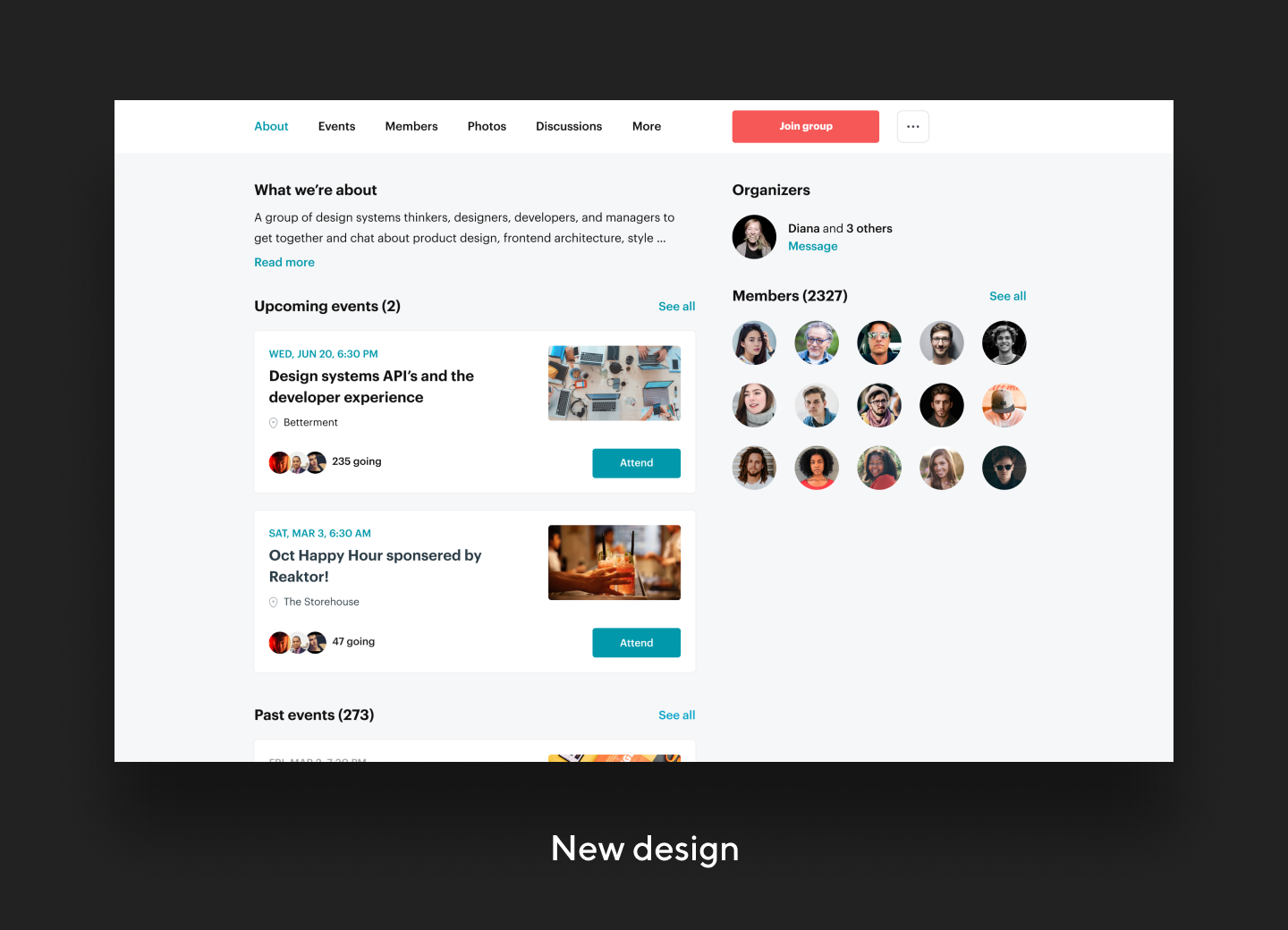 The activeness of a group wasn’t properly communicated with the old design. Too much emphasis on the immediate upcoming event and not enough clarity around the tenure of the group.


Through research, we found that new prospects judged a group by how active it is — the more active the group, the more likely they would join.


With this in mind, we decided to display the number of past and upcoming events to show the history of activity and the upcoming buzz. This allowed members to quickly see if a group has been around for a while, hasn’t gone stale, etc.

A good amount of my work was to pair with engineering to see the capabilities and limitations of our design system to best implement the new designs. We were on a time constraint because Q1 is our busiest season and we needed to release the redesign by then. 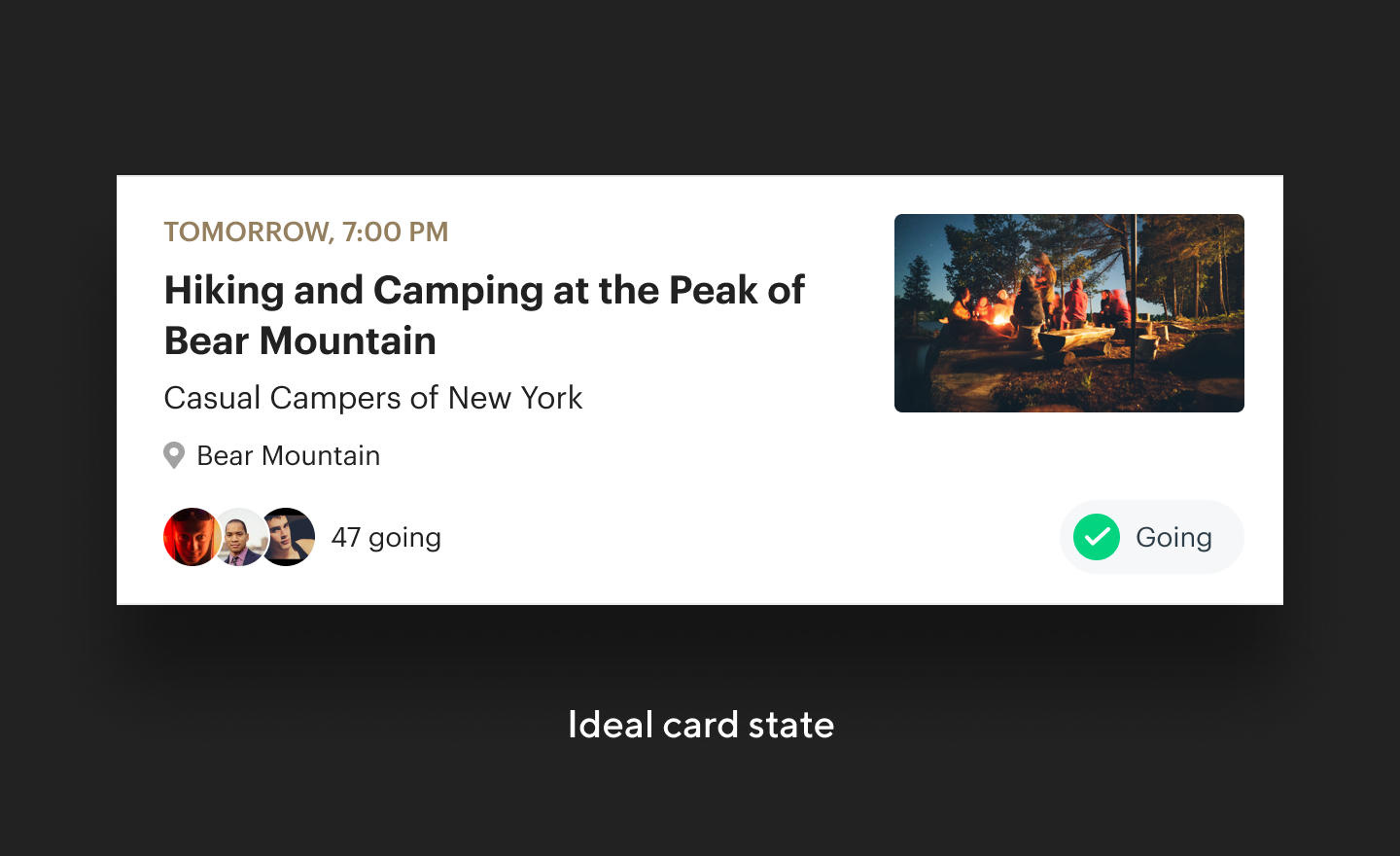 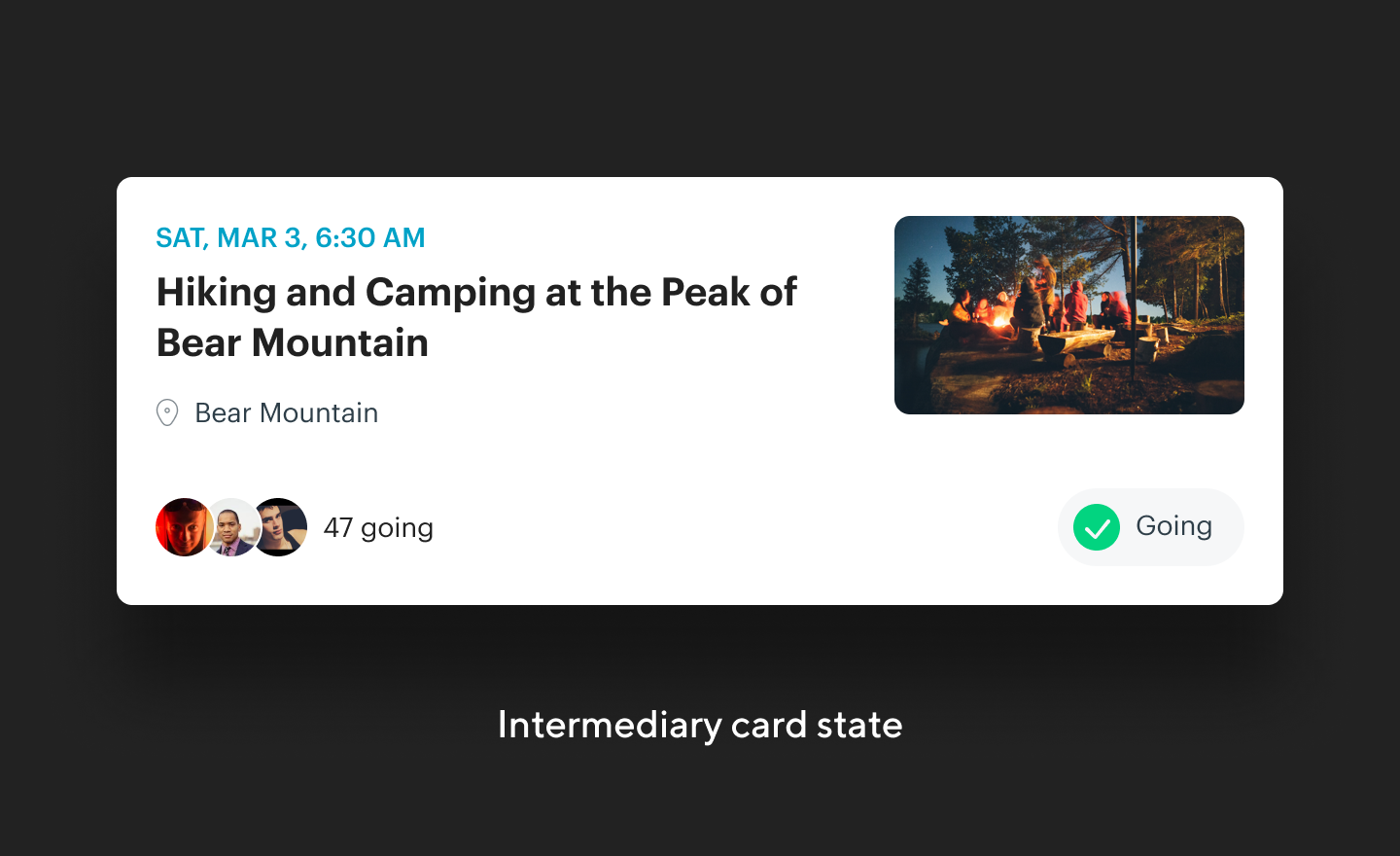 There were a decent amount of states to consider when designing the event cards, such as ticket costs, RSVP limit, etc. Laying these all out was helpful for engineers to make sure that every state was built and accounted for. 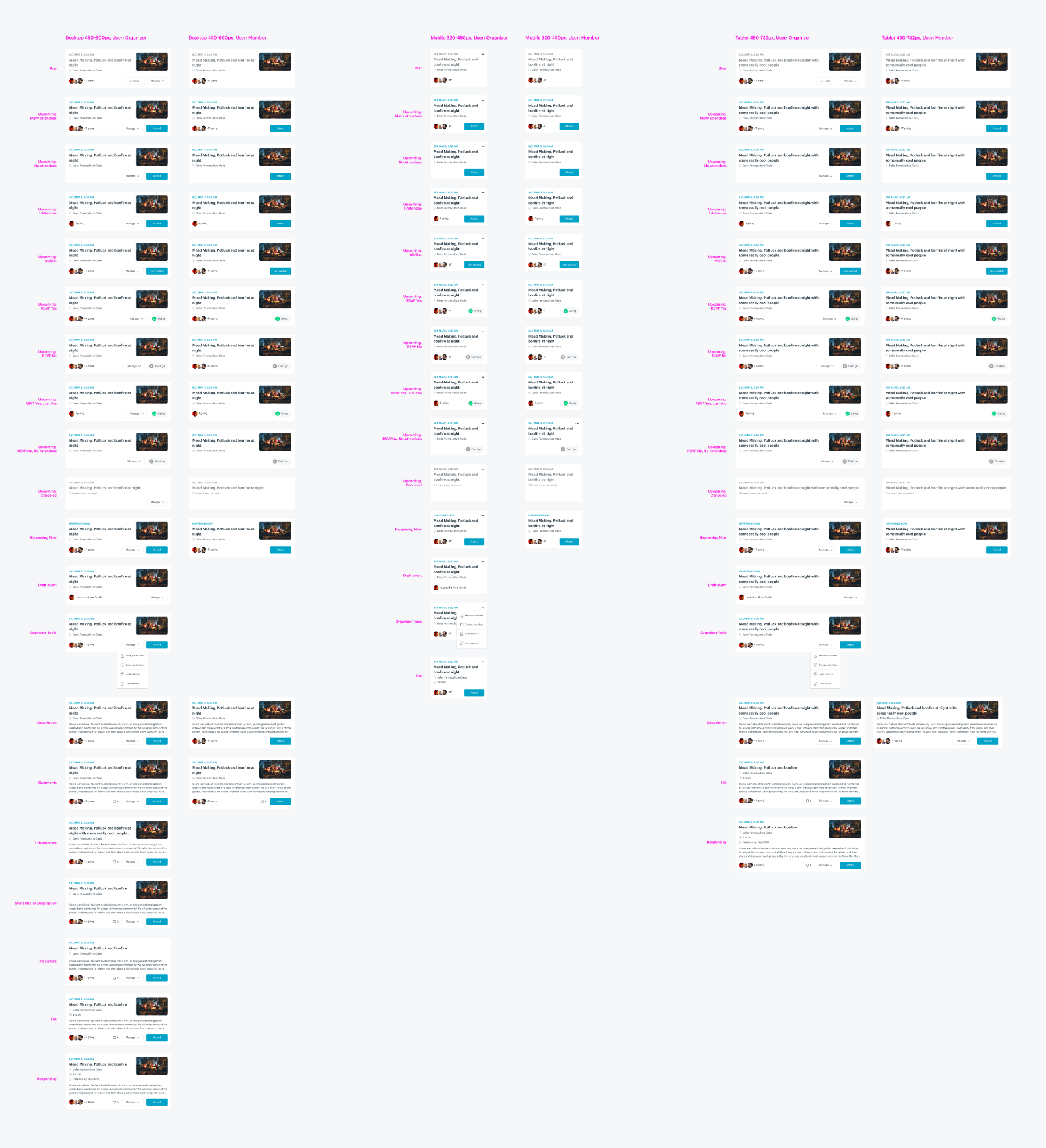 Organizing is no small task, and organizers felt they weren’t being given the proper attention they deserve. They also wanted to make sure they were easy to reach by members to answer any questions they may have.


We decided to move the organizers and members to the top right of the page, properly highlighting them both. We also stripped away the card layout as the information proved to not be essential when evaluating a group.


While we weren’t able to implement any smart logic — such as highlighting the most active members, linking you with people you've been to events with before, etc. — showing the number of members and their pictures more prominently allowed the group to feel more human and friendly for prospects. 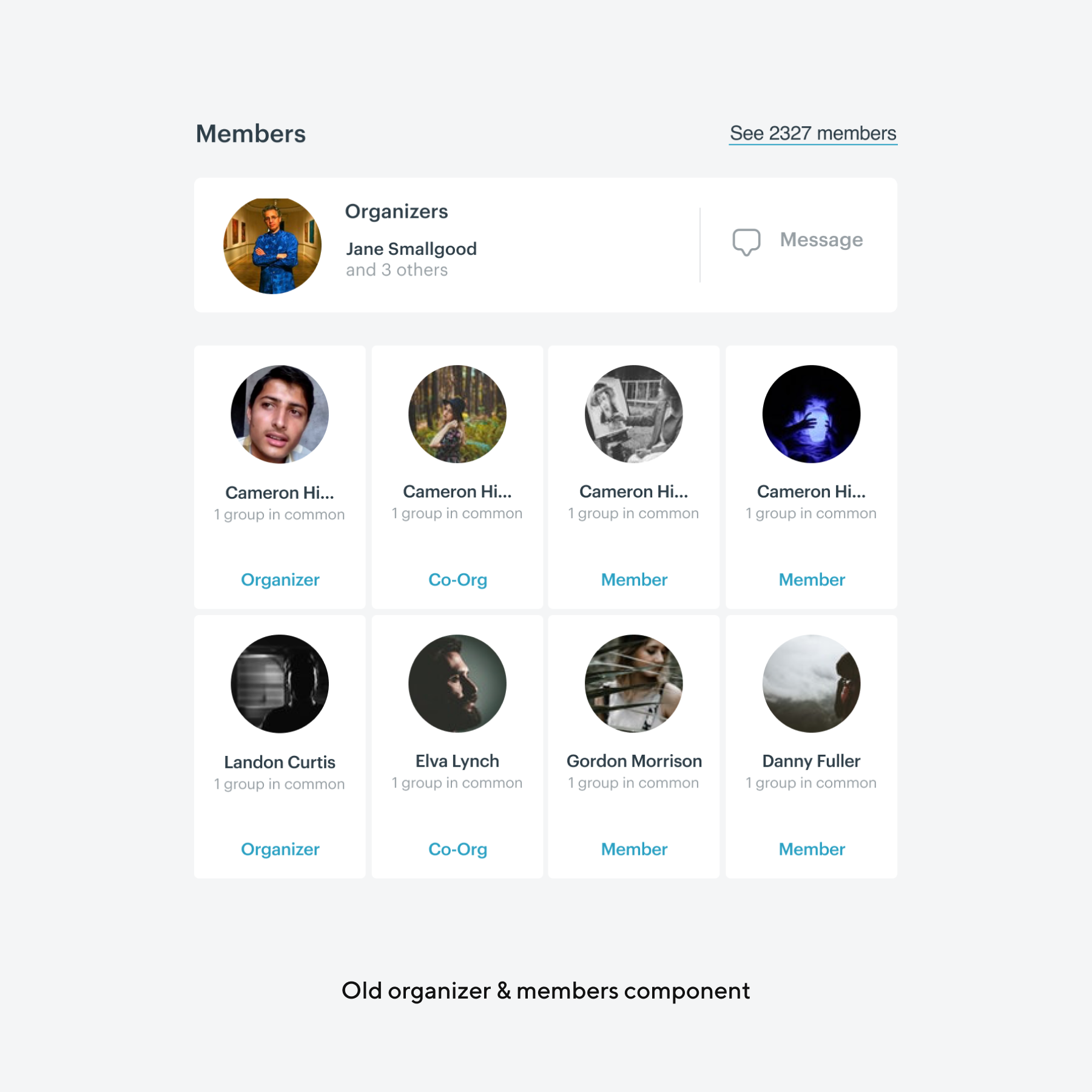 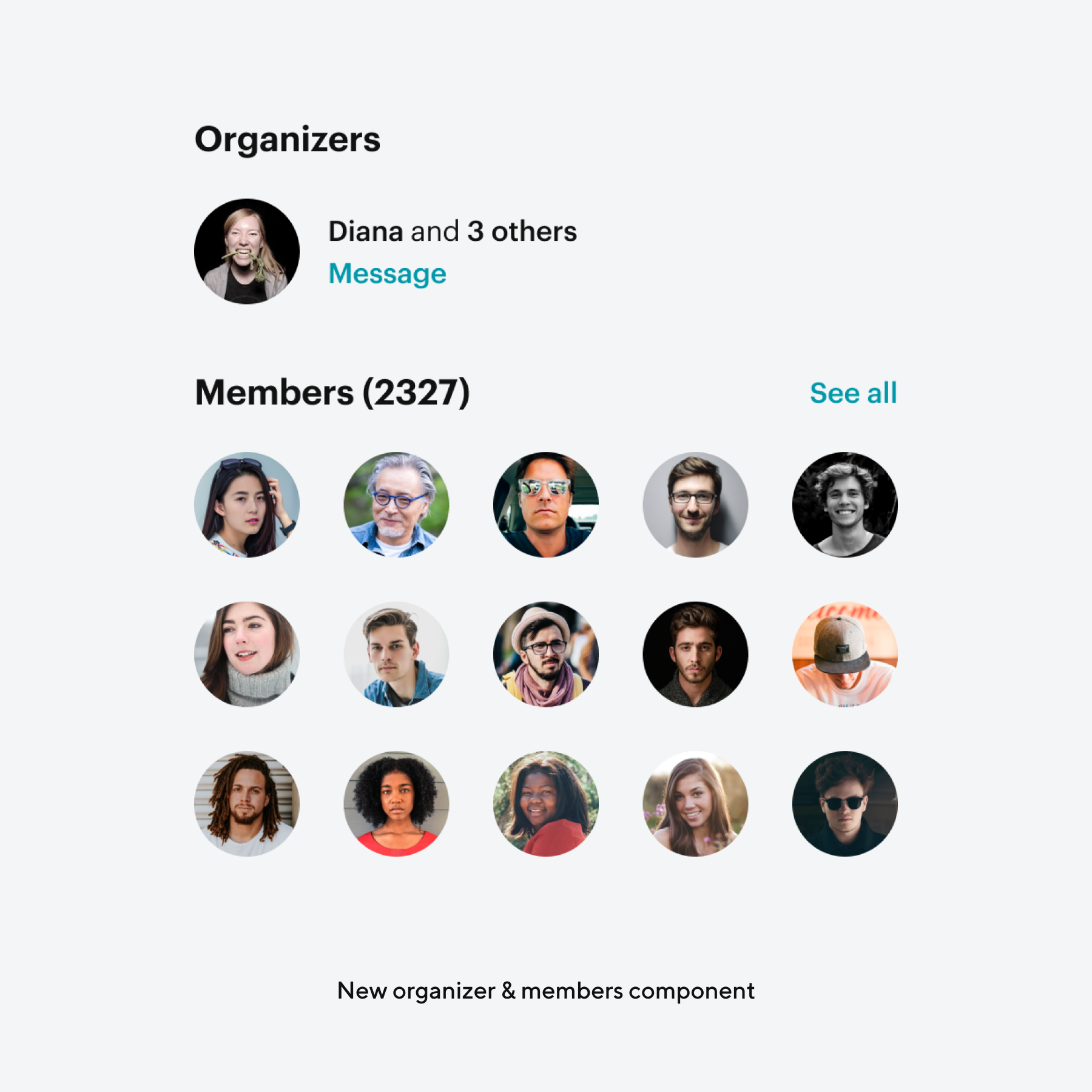 This project was lead by John Merlino and Benjamin Dauer. It was great working with them and to learn more about how our design system worked as well as pairing on finding design tradeoffs.